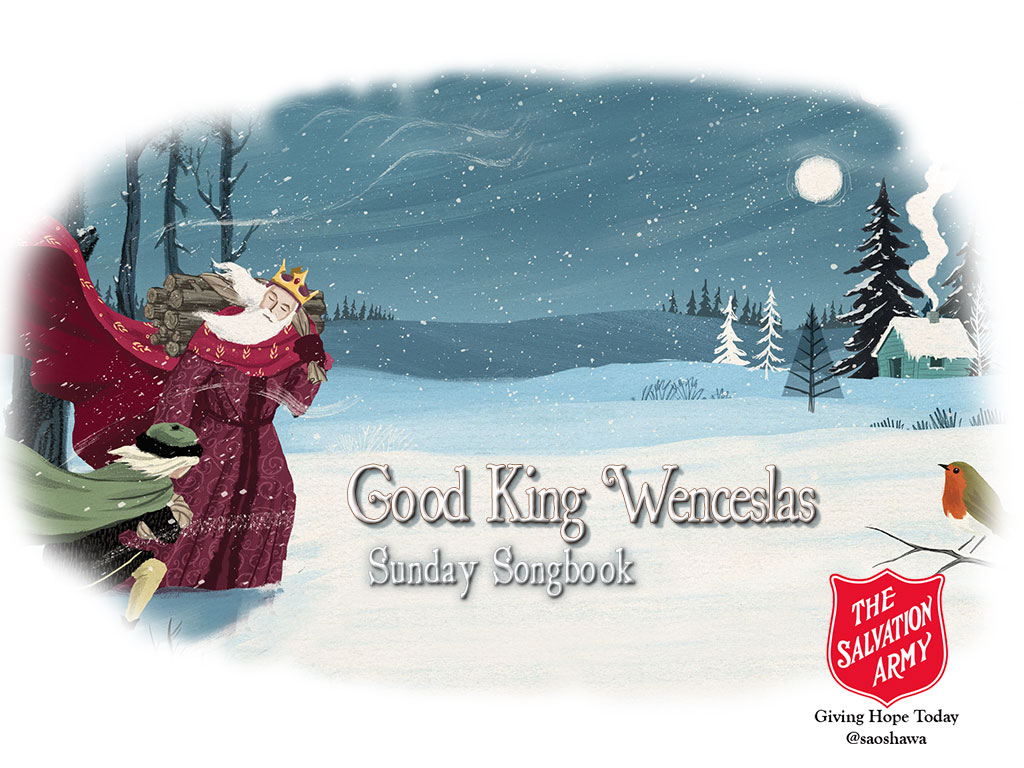 Good King Wenceslas looked out on the feast of Stephen,
When the snow lay round about, deep and crisp and even.
Brightly shone the moon that night, though the frost was cruel,
When a poor man came in sight, gathering winter fuel.

“Hither, page, and stand by me, if thou knowest it telling,
Yonder peasant, who is he? Where and what his dwelling?”
“Sire, he lives a good league hence, underneath the mountain,
Right against the forest fence, by St. Agnes’ Fountain.”

“Bring me flesh and bring me wine; bring me pine logs hither;
Thou and I will see him dine, when we bear them thither.”
Page and monarch forth they went, forth they went together,
Through the rude wind’s wild lament and the bitter weather.

“Sire, the night is darker now, and the wind blows stronger;
Fails my heart I know not how I can go no longer.”
“Mark my footsteps, my good page; tread thou in them boldly;
Thou shalt find the winter’s rage freeze thy blood less coldly.”

In his master’s steps he trod, where the snow lay dinted;
Heat was in the very sod which the saint had printed.
Therefore, Christian men, be sure, wealth or rank possessing –
Ye who now will bless the poor shall yourselves find blessing.

Here is another familiar Christmastime song which is not really a carol, but has come to be regarded as such, though it is not in the Salvation Army Song Book. It does not speak of the birth of Christ, but tells the true story of a tenth century man named Wenceslas, who was not really a king! The Feast of Stephen is the day after Christmas. Wenceslas was a duke born into the Royal Premysl Dynasty of Bohemia, now known as the Czech Republic. One biographer said, “He was the honour of the clergy, the joy of the poor, the father of orphans, the defender of widows, the visitor of prisoners, the liberator of captives and the pious consoler of all in need.” Certainly a man who followed the teachings of Jesus! Christianity was brought to Eastern Europe in the ninth century, and Wenceslas became a Christian because of his grandmother’s influence. Today he is remembered as the patron saint of the Czech Republic. 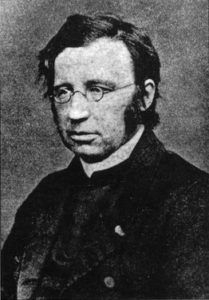 The words of the song were written by an Anglican priest named John Mason Neale and were published in 1853. Neale’s purpose in writing was to encourage young people to follow the example of Wenceslas. In the Christmas season today, we see much evidence of people of all faiths participating in acts of kindness and charity to anyone in need. The line, “In his master’s steps he trod,” definitely gives us the reminder that we must all follow in the steps of Christ, our Master, not only at Christmas, but all through the year. 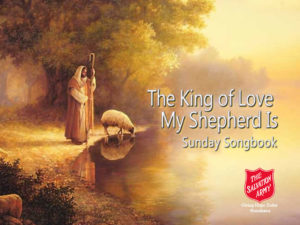 The King of Love My Shepherd Is

The King of love my Shepherd is, Whose 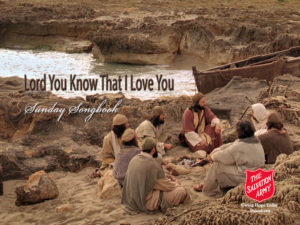 Lord, You Know That We Love You

Lord, You know that we love You; You 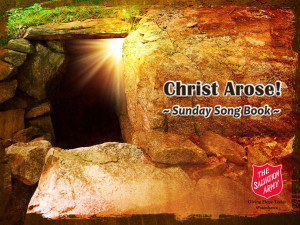 Low in the grave He lay, Jesus, my 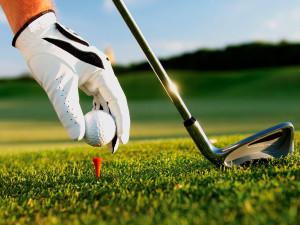 3 Things The Bible Says About Golf