‘Twas in the moon of wintertime when all the birds had fled
That mighty Gitchi Manitou sent angel choirs instead.

Before their light the stars grew dim
And wand’ring hunters heard the hymn:

Chorus: Jesus, your King, is born;
Jesus is born;
In excelsis gloria!

Within a lodge of broken bark the tender Babe was found;
A ragged robe of rabbit skin enwrapped His beauty round,
And as the hunter braves drew nigh
The angel song rang loud and high:

The earliest moon of wintertime is not so round and fair
As was the ring of glory on the helpless Infant there,
While chiefs from far before Him knelt
With gifts of fox and beaver pelt.

O children of the forest free, O sons of Manitou,
The Holy Child of Earth and Heav’n is born this day for you.
Come kneel before the radiant Boy
Who brings you beauty, peace and joy.

At 376 years, Huron Carol is the oldest carol originating in North America. Father Jean de Brebeuf, a Jesuit priest and missionary, wrote it while stationed at Fort Ste. Marie – near today’s Midland, Ontario, Canada. Brebeuf had learned the Huron language, and used it to write this carol, replacing traditional words and phrases with ones the indigenous people could understand. In this way he was able to ensure that the new listeners and singers would grasp the wonder that God sent Jesus to show His love for everyone.

Jean de Brebeuf was born in Normandy, France, and is said to be a descendant of both William the Conqueror, of England, and St. Louis IX, King of France. He had a particular interest in the indigenous people of Canada, especially the Hurons, and ministered to them for 22 years. Sadly, he was captured and killed by some Iroquois – enemies of the Hurons. Those who escaped took the carol with them, so it became a continuing part of their heritage. Father Brebeuf was canonized in 1930 by Pope Pius XI.

The carol was later translated into French and then into English, so that it came to be better known. Although it is not included in our Salvation Army Song Book, it is in the hymnals of some other churches of today and is familiar to many. 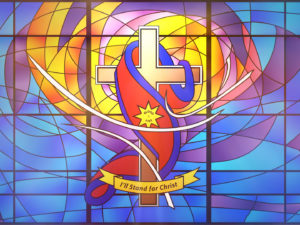 In the Army of Jesus we’ve taken our 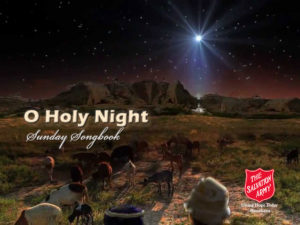 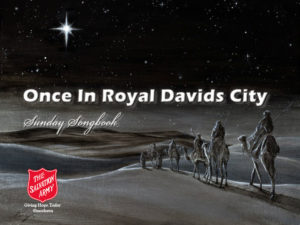 Once in Royal David’s City

Once in royal David’s city Stood a lowly 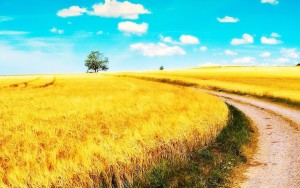